Don’t Believe Everything You Think 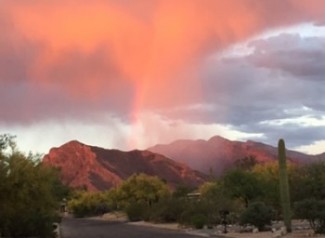 “Mindfulness” and “mindful leadership” are buzzwords in business today, but they are concepts that people have practiced for thousands of years. And self-awareness – a form of mindfulness – is one of the basic components of emotional intelligence, a suite of traits that is more and more valued in the workplace.

The components of mindfulness are simple. It is present-moment awareness without judging something good or bad. Any time a leader looks at something with an open, curious mind, he or she is practicing mindfulness. A flurry of studies shows that even short-term mindfulness practices can bring many, many benefits, including increased physical health, emotional health, focus, and memory; and decreased stress, depression, and hostility.

Where do you begin?

Don’t believe everything you think.

It was the end of the fiscal year and there were a lot of demands on Cheryl (not her real name), a leader I coached. She was in the middle of a situation that was really gnawing at her. She heard herself telling herself, “I can’t do all of this! I’m only one person!” This thought – like so many of our thoughts – wasn’t helping her.

She noticed that even holding the thought was taking a lot of energy, and she practiced a mindful leadership tool. When in the grips of a limiting thought, first notice it – simple, but not always easy. Next say to yourself, “I notice I’m having the thought that…(fill in the blank).”

Cheryl did this. With just that small amount of distance from her own thinking, she was able to sit down right then and there and hammer out a big chunk of the project she had been dreading.

At the same time, the relationship with her collaborative partner in the project improved. She said the tone of their whole interaction, which had been touchy, changed. And, paradoxically, she felt that by taking action she ended up involving him more, which shifted the burden so it could be shared.

She said, “I’m not sure if the tenor of our interaction changed or if how I was thinking about it changed. I was showing up at least internally defensive. I don’t know if my partner changed, but I know I felt better. And then I knew what needed to be done, what the gaps were, and how to get started.”

“Taking action deflates the power that the thought has over me,” she said. “By owning my thoughts and knowing how I’m framing the situation, it makes me more capable.”

For Cheryl, the impact of taking one step back from one particular doubt-producing thought was that in the next weeks, her confidence levels increased with her boss, her peers, and her direct reports.

Practice Anywhere You Find Yourself Stuck

This leadership tool brings in the three aspects of mindfulness: it’s about what’s happening in the present moment, it generates awareness, and it diminishes being judgmental. You can practice it anywhere you find yourself stuck. The first part is to notice the thought you’re having and the second is to remind yourself, “I notice I’m having the thought that….” When you put distance – even a little – between you and your thoughts, you no longer believe everything you think. You think bigger. You are more creative, you see more clearly, and you find better solutions.

Would you benefit from a highly skilled partner to help you think about your thinking? Contact us to explore executive coaching.

email
There are only two ways to live your life. One is as though nothing is a miracle. The other is as though everything is.
– Albert Einstein