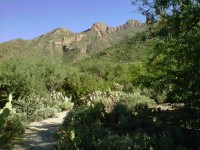 Have you ever become convinced that if you work harder you’ll get more done? Hard work can be invigorating and inspiring. At the same time, we humans weren’t meant to sprint indefinitely. Overwork leads to a foggy mind and burn-out, while slowing down and taking breaks leads to creative thinking and better ways to get things done. I was headed down the overwork road recently, and I’m happy to say I woke up before I got to that dead end.

It happens to our clients sometimes, too. Two of them coached with me recently. They’re consultants who are gearing up for more work after the relaxed pace of summer. Cassandra O’Neill and Sarah Griffiths of Wholonomy Consulting are business partners who pay attention not just to what they do but to how they do it.

Cassandra was already back to work after a two-week vacation. Sarah had returned from her usual summer overseas visiting family and was just beginning to work the condensed days of a mother with school-age children. Both were feeling their days beginning to take off, and they were concerned about getting pulled into a whirlwind pace not of their choosing.

When they realized that they needed to pay more attention to taking breaks, they each made some specific commitments. For Sarah, it was taking some quiet time after her family leaves in the morning and before she starts work. And it was permission to stop for lunch, not just work through it because she keeps shorter hours.

For Cassandra, it was taking a 5-minute break every 20 minutes. “What?!” asked a friend. “You take that many breaks in just an hour?!” But her friend texted after work that day to say she had taken 6 breaks, way more than her usual.

What’s the use of this Down Time?

What’s the use of all this down time anyway? Our clients who make breaks a part of their commitment to their work say:

Both partners practiced for the two weeks between coaching sessions. They each carried through with their commitments, and neither felt she carried through “perfectly.” But just talking about the successes and giving themselves a little slack (another kind of break!) for where they fell down, they felt inspired to keep experimenting.

Be Kind to Yourself

Any new practice requires us to be kind to ourselves when don’t do it perfectly, and the practice of taking breaks has its own snares. Because hard work sometimes does produce great results, it’s easy to buy in to the mind-set that if we work harder, we’ll get more done. This sometimes means responding to requests from other people without thinking about whether it’s a good idea or a good time. For example, Cassandra reminded herself that email doesn’t have to be answered on demand. There’s also the attitude – an attitude worth challenging! – that a break is a luxury, rather than a necessity that deserves top priority. And sometimes we just don’t pause long enough to really notice that it’s time for a break.

So what about Cassandra’s friend who was shocked by the number of breaks in Cassandra’s day then gave it a try herself? She’s the Associate VP of Programs in a busy non-profit, and I interviewed her a few days later. She said that taking so many breaks in one day taught her some things. First, it helped her to realize that she could take more breaks; it opened her mind to possibilities. Second, she realized that it was not her authentic work rhythm to take breaks in the same way as Cassandra. And third, because of the consciousness she gained by experimenting, she began to find her own way toward managing her work and her energy in different ways and taking breaks that fit for her. The point is not to do it like someone else does. The point is to wake up in order to truly enjoy work and to be more effective.

There’s hard work that’s fun and in the flow, and there’s hard work that feels hard. When we pause long enough to check that pulse and make a choice about taking a break, we’re better off. We enjoy our work, the people in it, and our contribution. And we get a lot more done.

Email
There are only two ways to live your life. One is as though nothing is a miracle. The other is as though everything is.
– Albert Einstein